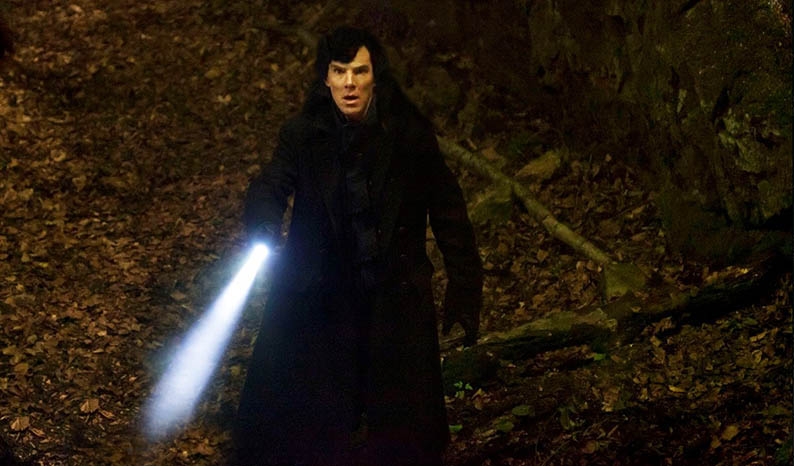 There’s a lot of gossip swirling around that Lucasfilm are about to make a big casting announcement regarding Star Wars VII, and that casting announcement appears to be none-other than Benedict Cumberbatch, most recently seen in director JJ Abrams’ previous movie, ‘Star Trek Into Darkness’.

How Cumberbatch fits into the new movie is entirely open to conjecture (seeing as we know zero plot details so far!) Casting calls suggest we may see three or four early twentysomething Solo / Skywalker offspring in the film, which seems to count Cumberbatch out at a wise thirty-seven years old. Would Abrams use him as a villain for the second time in a row, or might he make an infinitely more appealing and energetic new Jedi hero, perhaps keeping the peace with Luke Skywalker? I know I’d rather cheer for Cumberbatch than hiss at him.

Cumberbatch is a HUGE fan of the original films, as comes across quite clearly in this Total Film interview promoting Star Trek earlier this year. Is there an element of comedy AND truth in the line ‘I’ve already asked him (Abrams) if I can be a lightsaber and we’re in talks – about whirring sounds and the rates for the lights and everything [laughs].’

If Cumberbatch somehow gets to play a son of Solo, he’ll be over the moon (of Endor).

‘I was much more connected to [Star Wars] as a kid, in the way that a lot of kids are because it’s immediate storytelling, very simple – a beautifully, outrageously simple narrative in a way – and a wonderful three-act melodrama, opera. And I loved them. I really, really loved those films and I always wanted to be Han Solo. Everything Harrison Ford did I just thought was the coolest thing ever’

Does that Cumberbatch news about him dropping out of Guillermo del Toro’s horror movie ‘Crimson Peak’ now seem to have a cause. At the time, no reason for his departure was given, although sources said his exit was not due to another project. Classic misdirection!

Cumberbatch is an worldwide household name through the BBC’s hit show ‘Sherlock’. He’s recently worked with Steven Spielberg on ‘War Horse’, he’s won critical acclaim on the London stage as Frankenstein and his monster (rotating the roles nightly with Johnny Lee Miller), the big-screen version of ‘Tinker Tailor Soldier Spy’ was a big critical hit, and Tolkien fans eagerly await Christmas to experience his interpretation of the dragon Smaug for the next ‘Hobbit’ instalment, ‘The Hobbit: The Desolation of Smaug’. Like many, I first spotted his ear for comedy and irritating one-upmanship in the 2006 movie, ‘Starter For Ten’, where he played opposite future ‘STID’ co-star Alice Eve.