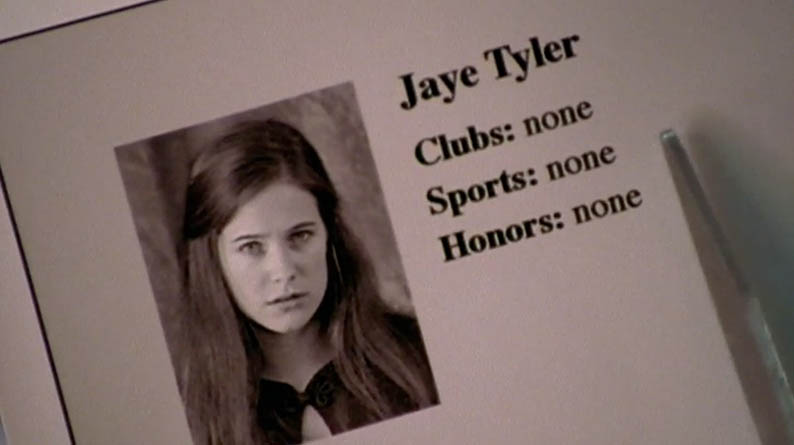 A check on imdb tells us that this second episode was actually aired as the fourth episode in the US, which I can’t honestly figure out. Anyways…

Gretchen Speck-Horowitz (Chelan Simmons, who actually appeared in the second episode of ‘Hannibal’ as… Gretchen Speck) is organising a six and a half year senior high reunion. She’s determined to rope Jaye and Mahandra (Tracie Thoms) into helping her. The ‘animals’ are giving out confusing signals this episode, first telling Jaye to help her, and later to destroy her! 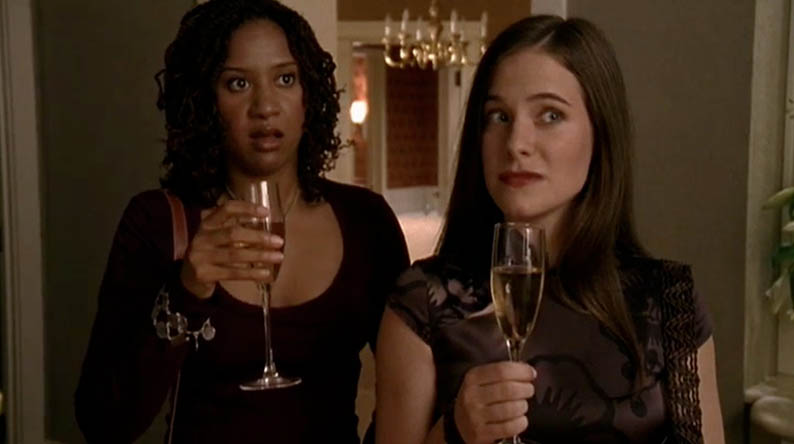 This all happens after Jaye fails to listen to a talking plastic garden flamingo, resulting in her dad going to hospital after getting run over by the family’s parked car.

She may ‘break a leg’, but Jaye turns two peoples lives around in ‘Pink Flamingos’, as well as saving someone’s life.

Wonderfalls episode two is SOOOO much funnier than the first ‘sode. It’s really imaginative, unexpected, and has an amazingly witty script (congrats to Bryan Fuller, Gretchen J. Berg and Aaron Harberts). I was laughing at virtually everything anyone said, which now makes me hungry to watch more asap. 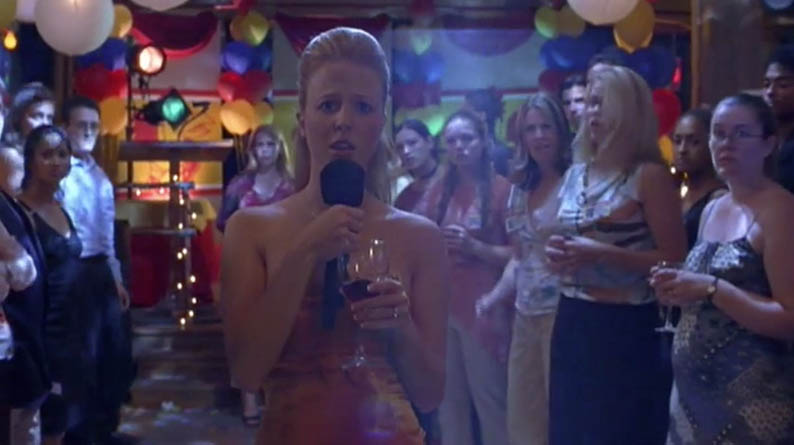 The sight of Jaye’s sleep-walking dad, one leg in plaster, hands holding a TV remote and a dripping glass, was a visual highlight. 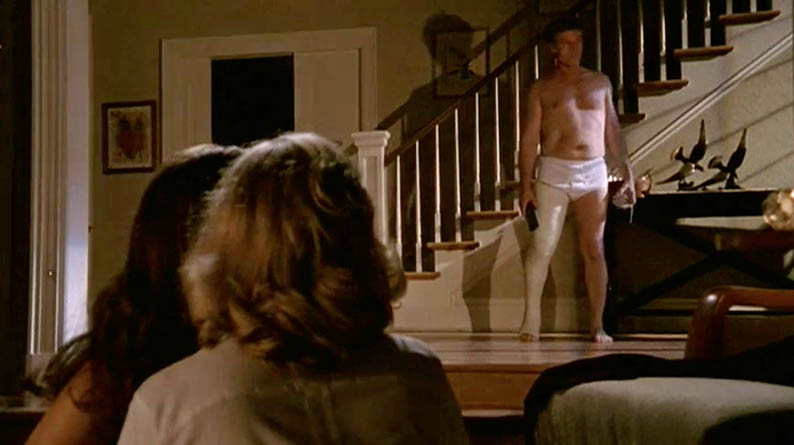 Jaye’s sister is fleshed out a bit more, and her relationship with construction boss (seemingly) Beth (Kari Matchett, who MUST be wearing a wig, surely? It just looks odd…) develops.

Mom Karen Tyler (Diana Scarwid) and pops Darrin Tyler (William Sadler) both get greater airtime, and they also feel like better characters as opposed to the sarcastic cutouts of the pilot.

I’m still not getting the chemistry between Jaye and bartender Eric. He smiles a lot, pours cocktails, and seems to want to offer endless shots. I’m not sure about him.

The Dandy Warhols ‘We Used to be Friends’ makes an appearance! Twice!! What does Veronica Mars have to say about this?

‘I’m sort of a Christmas and Easter Jew.’

‘You may be the universe’s butt puppet, but I’m it’s right-hand fist of fate.’

‘She used to tell people the girl with muscular dystrophy was a drunk.’

‘Is this going to be an issue? No, it’s a full subscription.’

A massive step-up from the pilot episode. I guess the ‘talking animals’ premise has been explained, so that does away with all the set-up, but the script just seems much sharper and confident. I honestly didn’t think I’d be so enthused after the underwhelming pilot. I like the way Jaye has to perform a couple of required tasks which don’t necessarily reflect so well on her but achieve a higher goal.